Origa is one of the Bosses in Death's Gambit. Bosses are located throughout the game and award special loot upon completion as well as a significant amount of Shards.

Garde Tum is a place beyond fantasy, where humans challenged what it meant to be human. Yet in the shadow of their ambition, a zeal for purity grew. Origa fell victim to the growing divide, betrayed by her parents as they let her wallow in sickness, easily cured. Without adaptation, purity is fragile. 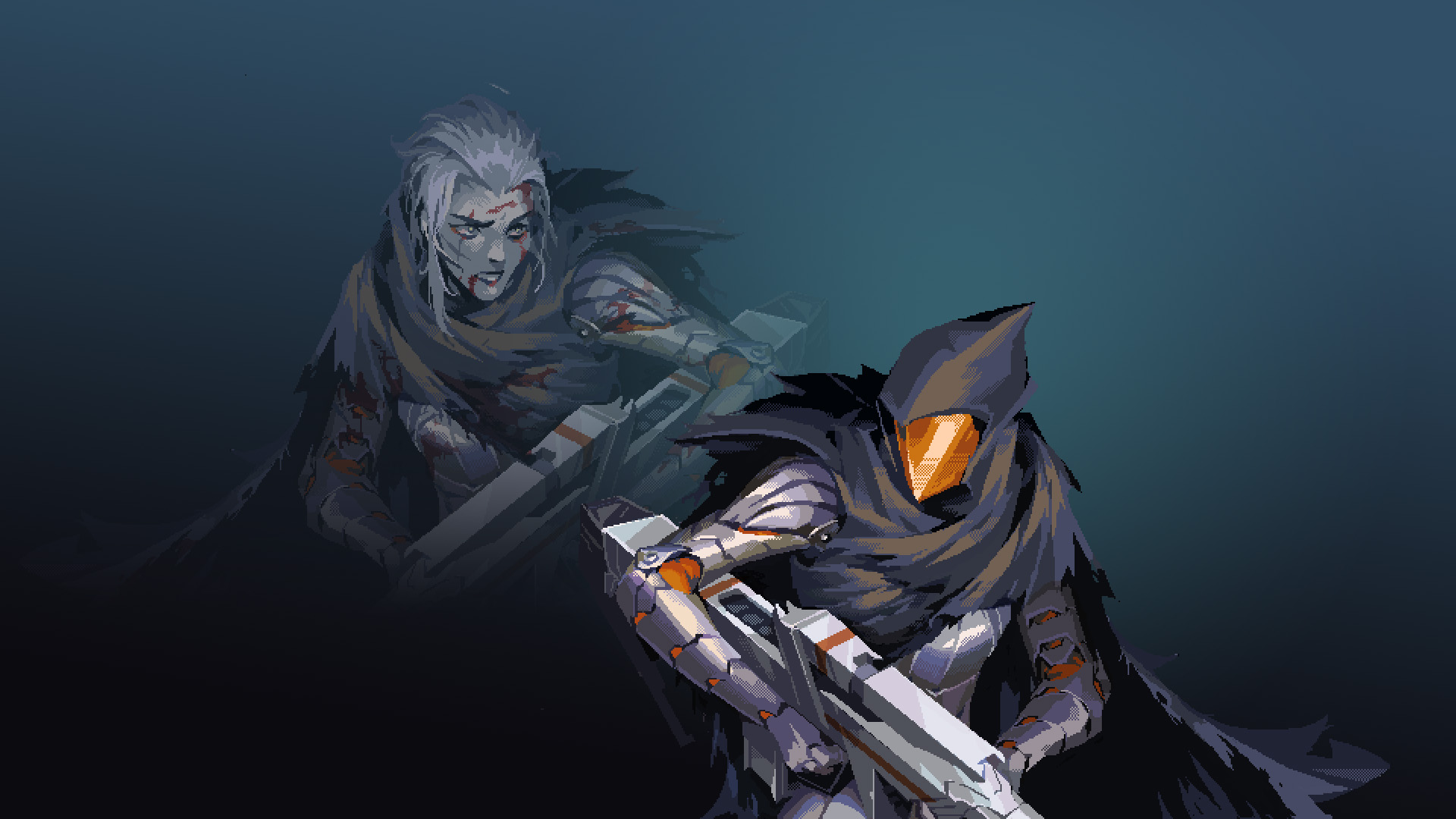 Energy sword swoop:
Origa slashes out with her energy sword two or three times. This is a common reaction to your close combat attacks. The first slash starts the attack directly in front of her. Then she dodges away and returns the additional slashes. If the player is behind her she will only slash twice. The dashes have a big range, and it is possible to break the attack pattern. Either roll/jump over the three slashes or alternatively parry the middle or last slash and counter for major damage.

Rifle shot:
Origa does a short run and then takes aim with her rifle. This is indicated by a laser pointer which focuses on you. Just run toward her and roll through the shot with the right timing or block. Then hit her with your weapon a few times.

Rifle volley:
Origa jumps up and clings to a tree or pillar. She will then proceed to fire as many shots as she has left in her clip (indicated beneath her health). If you are more on the cautious side simply time your rolls through her shots. If you want some extra damage then simply run underneath between shots, air attacking each time you pass her by. The downwards angle should give her a tough time hitting you.

Sniper mode:
Origa jumps in the background and takes long-range sniper shots at you. The number of shot are indicated by the bullet symbols below her health meter. You can avoid the laser pointer by rolling with precise timing. The audio cue is after the fourth set of beeps, and when the laser pointer turns red. You can also stand behind the pillars, statues, and gravestones to safely avoid the shots. You will know you are safe because the red glow of the laser against the stone will show. Besides the big angel statue in the middle (which can take three shots) your cover will be destroyed by each shot so you have to run to the next until her ammo is empty. At the end of this attack, Origa will jump into the sky off screen. When you hear her land on one of the sides of your screen she will have landed on the opposite side, so run the other direction where she will be indicated by a flash.

Teleport:
Origa will vanish. A bright light will flash from the direction she is currently. She can also be identified by her footsteps, although she will always spawn in the direction with the most space. Normally leads into drone (see below).

Stalking:
After a teleport or sniper mode, Origa will appear somewhere off-screen. She may be camouflaged and hiding in tall grass. The laser scanner that she sends out is different to her rifle attack. If you try to attack or run past her, she will grab and throw the player. This grab cannot be blocked, though she can be stunned out of the animation.

Drone:
If Origa is far away she will send out a searching drone which can lock on to you and guide her shots. The drone will attempt to drop on your location and explode. You can just quickly run past it to reach Origa.

Reload:
Origa stands still and just reloads. Time to get some hits in.

Double rifle shot:
Origa starts to do two shots in a row. You need to roll twice, or the second shot will hit you.

Holo image:
Origa displays a holo image which lures you in to attack it. She stands behind it in camo mode and tries to hit you. Look for the transparency of the image.

Rocket barrage:
Origa will shoot several rockets out of her backpack (attack animation). You can see the impact points indicated with the obvious skull symbols. Run away, dodge or hide under the gazebos which will block the rockets. She will take the chance to attack you with her other attacks, often using this time create distance and line up rifle shots.

Healing mode:
Origa will exclaim, "I need to heal!", before the sounds of technological wonders can be heard. She will charge up a gauge over her head before healing a large burst of health. She is vulnerable the entire time, however.

Overall close combat strategy:
Directly start to do some hits after the dialogue. Watch your stamina for the energy sword swoop. If she tries to do a rifle shot roll and hit her. If she teleports away run towards the side with the light flash. This will lead to her next attack pattern which you can counter as described above. With some patience, enough feathers, and good damage she will fall easily.