Ione is one of the Bosses in Death's Gambit. Bosses are located throughout the game and award special loot upon completion as well as drop significant Shards. Ione is an orphan of war whose father was turned into the immortal monster known as Dark Knight, also a boss in Death's Gambit.

A Dragoon who works for Endless. You fight her several times on your journey. 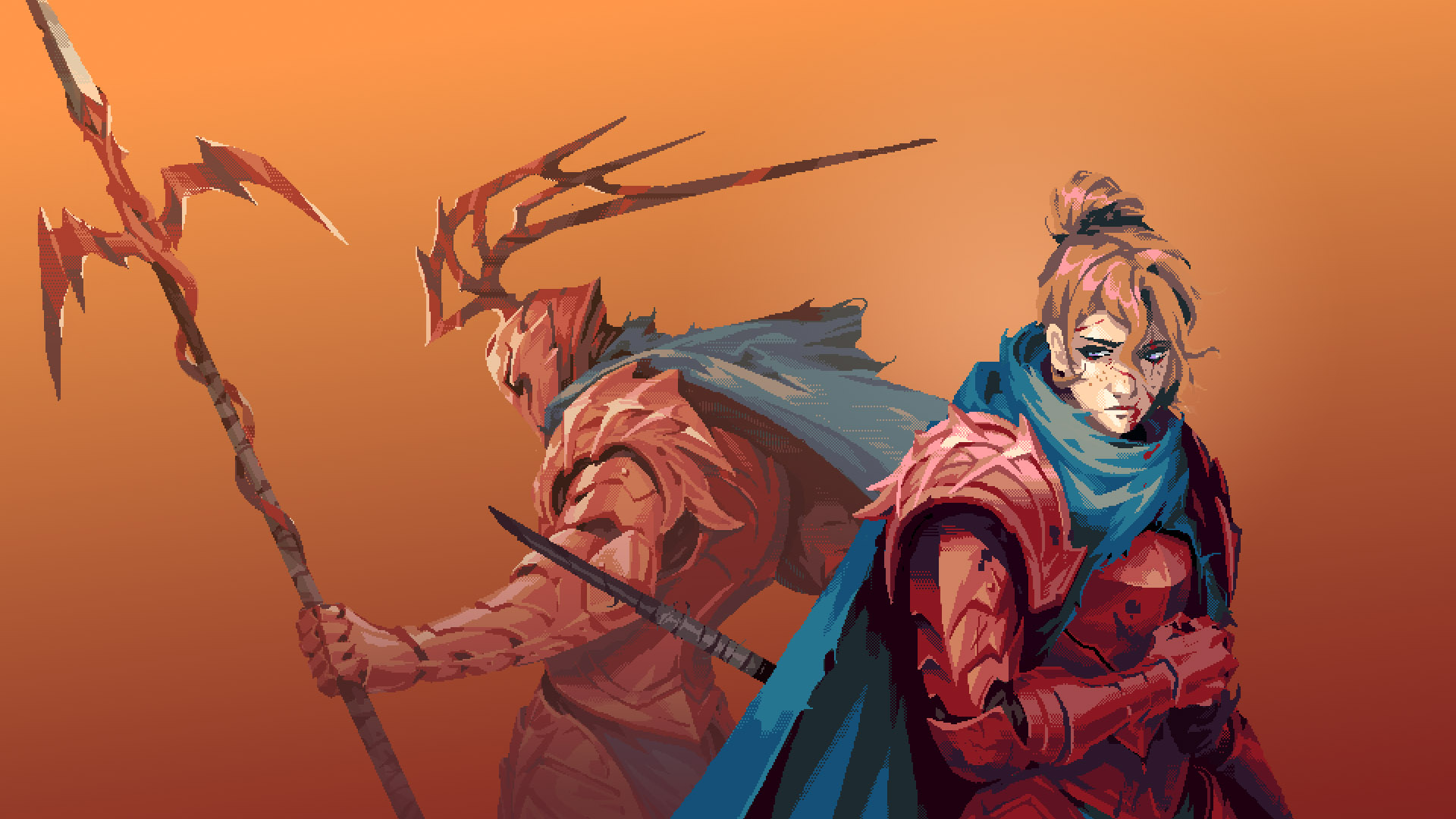 Abilities that can be learned from Ione