Death in an NPC in Death's Gambit. Non-Player-Characters are those found within the game that interact with the player by giving advise, quests, items and acting as Merchants. He can't be killed and appears on multiple occasions in cutscenes and throughout the game.

'Just as a farmer harvests wheat, so too does Death harvest souls. But just as farmers then use the wheat for food, so too does Death feed the spiritual realm. Our life force transcends into a new plane of existence to perpetuate life beyond our limited understanding.' 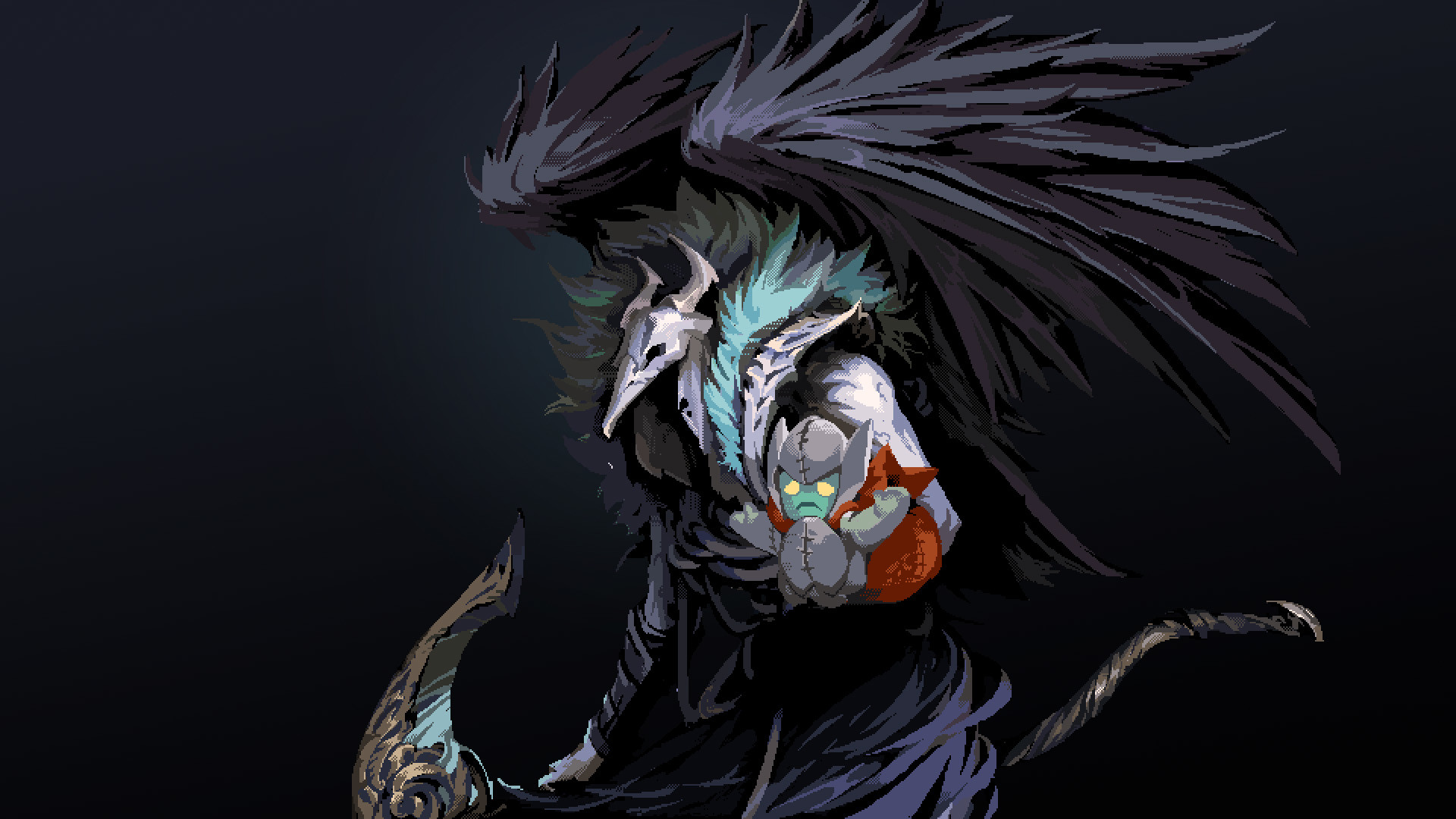