Combat in Death's Gambit is the main way by which the Protagonist deals with their environment and advance within the game. Players can equip several Weapons and Armor that facilitate combat, and this page provides an overview of game-related mechanics, types of abilities and available battle combat actions. Death's Gambit afterlife provides some modifications to some combat features and abilities in the game. It includes the addition of new Talents and unlockable Talent Trees, so players may now multi-class once unlocked.

Attacks refer to the basic combat maneuver where the protagonist inflicts damage upon Enemies through the use of equipped Weapons. As a basic combat maneuver, attacks consume stamina, and are the primary means of defeating any entity that exists around the Death's Gambit world. Bare in mind that this includes friendly NPCs, who, upon being slayed, may drop unique Items, but will become permanently dead unless the player reloads the game from an earlier save point.

Following the recent Afterlife Expansion, players may now execute two different types of attacks with the same weapon - the basic attack, and the alternate attack. Especially with the heavier weapons, the alternate attack is a move that is slower, but features a much larger movement that hits harder and covers more area. Furthermore, a quality-of-life change has been applied, which now allows players to change the direction of an attack mid-execution make an attack more likely to successfully hit.

Stamina is the source of energy required in order to perform all basic combat maneuvers, primarily to execute attacks with an equipped weapon. Stamina is a self-restoring energy bar, and its maximum available amount is determined by the Endurance stat, while its rate of self restoration is determined by the Haste stat.

Dodging refers to the basic combat maneuver whereby a character evades damage by moving out of the way of incoming attacks. As a basic maneuver this skill consumes stamina, and is one of the means by which the player may avoid suffering HP loss. This maneuver is especially favorable to the Assassin class, as it is their unique means of acquiring Soul Energy when they successfully evade an attack.

Blocking is a basic combat maneuver when the protagonist directly repel an incoming attack with an equipped Shield. As a basic maneuver, performing this move costs stamina. Blocking is an especially beneficial means of damage mitigation to the Soldier class as a successful block grants them Soul Energy.

Parrying refers to the combat maneuver where the protagonist deflects an incoming attack with an equipped Weapon to creating an opening on the initiating Enemy, rendering them vulnerable to a retaliating attack. The Sentinel class, hailed as the master of arms, acquire Soul Energy when they successfully parry an incoming attack.

Jumping refers to the basic movement that allows the protagonist to jump in order to overcome obstacles, reach higher ground, or get out of harm's way. Since the release of the Afterlife expansion, there are now many variants to jumping, on top of the pre-existing ones. These advanced movement skills are progressively unlocked as the protagonist ventures across out different perilous Locations in the Death's Gambit realm.

Flying is an advanced movement that bestows the protagonist with a pair of wings, allowing him to hover upwards for an indefinite amount of time. The speed of which flying propels the protagonist upwards is far slower than jumping. 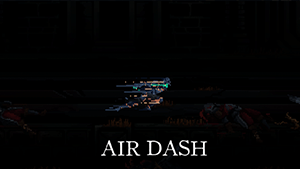 Previously a class-specific talent, the air-dash can now be unlocked after defeating a particular Boss. The air-dash is an advanced movement that features the protagonist dashing forward across the distance of roughly 5x his body's width, in the short span of a split-second. The air-dash further enhances the protagonist's combat capabilities as it provides a brief frame of invincibility, much like the dodge movement. 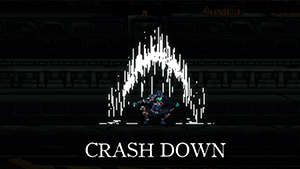 Press dodgeroll button in the air to crash down. This can break through any floor with a glowing sigil. Blinds enemies hit, this blinding effect recharges every 45 seconds.

The crashdown refers to the advanced movement where the protagonist may abruptly crash-land downwards while airborne. This movement is primarily used to destroy floor tiles or other barriers on the ground, which will grant you access into areas below. The new Afterlife Expansion has applied a recent buff to this movement, which now also applies an additional AOE blind to nearby Enemies. However, although a player may spam the crashdown move as often as they want, the blindness effect has an internal cooldown. 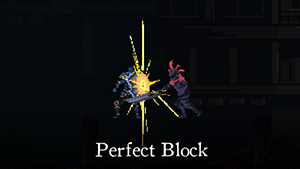 Take your shield out right as you are about to get hit to perfect block. Perfect Block is an existing mechanic that had had modifications since the Afterlife Expansion. Players now have an option to deal a secondary type of attack where a counter-attack followed by the perfect block, the character will perform a slide dash with a shield instead of a kick. 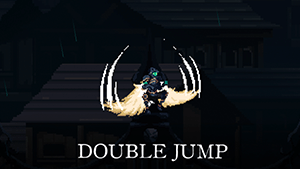 Press jump while in the air to perform a double jump

The double jump is an advanced movement that allows the protagonist to jump again once more while airborne after the first jump, in order to increase the overall jump height and distance covered. 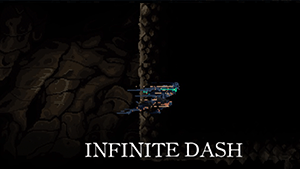 Can dash multiple times in the air 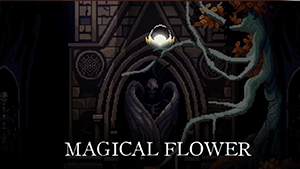 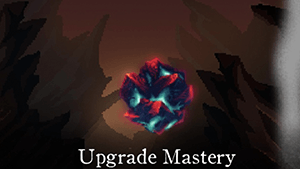 Can now Upgrade and Scrap when you rest at a Death Idol. 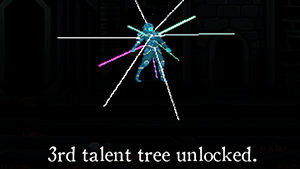 Secondary class Talent tree unlocked. Carefully decide between 1 of 6 different trees. The Second Class Tree is unlocked after first defeating the Dark Knight boss. Players will then have the option of choosing only one other secondary classs tree with the set of talents of another Class. 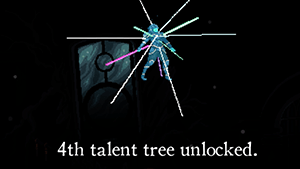 Abilities refer to the specific special skills available to the protagonist, usually exclusive to the Class chosen by the player. Unlike attacks, abilities consume Soul Energy instead of stamina,  which are not self-restoring and are acquired through different methods in combat based on the chosen class. Once cast, abilities are put on cooldown, and cannot be re-cast until they are fully refreshed. Certain Talents modify the effects and efficiencies of abilities, as well as their cooldowns.

Talents in Death's Gambit refer to the individual traits that grant the protagonist with permanent extra effects, similar to the common in-game system known as "feats" or "trait lines" in many other games. Talents are unlocked when the player allot talent points into the respective talent. As the protagonist levels up, more talents become available, and these sequences of specific talents are known as Talent Trees. Following the recent Afterlife Expansion, there are now a total of 4 Talent Trees in the game - 1 general Talent tree (available to all Classes), 1 Primary Class Talent Tree (unique talents of the chosen class), 1 Secondary Class Talent Tree (unique talents of another class not chosen in the beginning), and finally 1 Advanced Talent Tree (available to all classes).

Death's Gambit features a plethora of items, and nearly all of them provide tremendous value to different types of combat scenarios. Each item are acquired through various different means, but many can be simply purchased from NPCs, discovered in hidden corners, or looted from enemies. For example, the Crystal Bomb is a great AOE damaging nuke that can clear large groups of Enemies who are clumped together. The Infinite Jump Flower is a temporary upgrade to the Double Jump movement, and will only time-out should the player choose to fly continuously for a set amount of time instead. When facing a Boss or an enemy that is challenging, make sure to include the relevant items into your game plan.

In Death's Gambit, all weapons are universally available to all Classes, so long as the character meets the Parameter Requirements - the threshold of the required Stats - to wield the desired weapon. However, every class has a specific set of attributes that best synergize with their Talents and unique means of Soul Energy acquisition. Therefore, as players focus on slotting earned Shards onto respective Stats that best suit their class, the weapons they are fit to wield will subsequently be narrowed down.

Like weapons, armor in Death's Gambit are not class-specific per se, but rather, stat-bound, meaning that the protagonist must meet the minimum threshold on certain attributes to equip each piece of armor. Acting as special protective equipment, armor grants the protagonist protection against physical damage, resistances to elemental damage, and some even immunity to specific status effects. Unlike weapons, there are only three available categories of armor - Helm, Capes, and Boots. Finally each piece of armor may be upgraded +1 to +10 through the use of Soul Stones and an Immortalite Stone.

In order to cast Abilities, the protagonist must consume the required amount of Soul Energy, which are also associated with their equipped Weapon. Soul energy is gained using different means depending on the protagonist's chosen Class, and can be affected by various Talents. Each Class' unique means of Soul Energy acquisition is as follows:

Stats refer to the set of attributes that measure the effectiveness in respective aspect of combat. Following the Afterlife Expansion, there are a total of ___ attributes currently in Death's Gambit. These attributes are:

Stats are increased when the protagonist's general level increases, and can individually be further increased by slotting in collected Shards. Shards can be acquired via many different means around the Death's Gambit universe, so long as players are proactive and vigilant in exploring the curious environments of each Location. Although players can allot shards into any attribute they prefer, each Class begins with a unique set of stats, and in addition to their specific means of Soul Energy acquisition, each class shall focus on a/a few attribute(s) that result in optimal synergy in their build.